Current SVP of Development at Dwayne Johnson and Dany Garcia s Seven Bucks Productions , Brian Gewirtz was a former writer for Vince McMahon s World Wrestling Entertainment where he soon became the youngest and longest tenured Head Writer in the company s history. He s written on several television shows and has served as Executive Producer on NBC s The Titan Games , the upcoming Behind the Attraction on Disney Plus and on NBC s Young Rock based on the life of Dwayne The Rock Johnson. 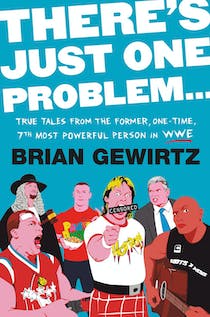 There's Just One Problem...: True Tales from the Former, One-Time, 7th Most Powerful Person in the WWE