Caitlin Davies is a novelist, non-fiction author and award-winning journalist. Born in London in 1964, she started her writing career in Botswana, where she worked for the country's first tabloid newspaper, the Voice. She then became editor of the Okavango Observer, during which she was twice arrested and put on trial. Returning to England in 2003, she has worked as a teacher and freelance journalist and is currently a Royal Literary Fund Fellow at the Victoria & Albert Museum.

Bad Girls grew out of her longstanding interest in Holloway Prison, where she completed her teacher training in 1990. She was the only journalist to be given access to the prison and its archives during Holloway's closure in 2016. 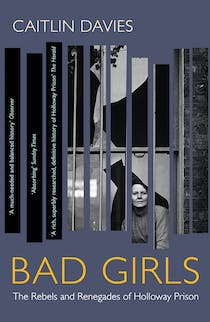 Bad Girls: A History of Rebels and Renegades