Candis Cayne broke barriers by becoming the first transgender woman to land a recurring role on a network television series. She can be seen today starring with best friend Caitlyn Jenner I Am Cait. Candis is also a choreographer, entertainer, and vocal activist for LGBT rights, working closely with GLAAD and the Human Rights Campaign. She has given expert advice on the E! Network, ABC, CBS, and NBC, as well as in the pages of the New York Times, The Advocate, and People magazine, and much more. Candis lives in Los Angeles, CA. 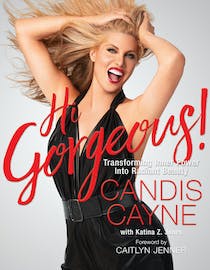