Caroline Dodds Pennock is a Senior Lecturer in International History at the University of Sheffield and the UK's only Aztec historian. Her first book, BONDS OF BLOOD: GENDER, LIFECYCLE AND SACRIFICE IN AZTEC CULTURE (Palgrave Macmillan: 2008; paperback 2011) won the Royal Historical Society's Gladstone Prize for 2008.

She has appeared on TV programmes for broadcasters including the BBC, the Smithsonian Channel and Netflix, and has acted as a named historical consultant for several TV projects, as well as writing for popular publications including Scientific American, BBC History Magazine, BBC World Histories, BBC Knowledge Magazine, and History Today. 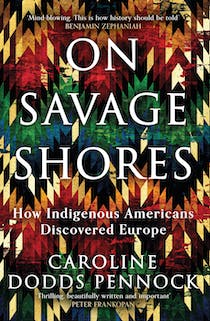