Catherine Paton was born in Hamilton, Lanarkshire in 1946, and married Doug Black when she was nineteen. Doug became a coal miner in 1974, working at Bevercotes pit for the next decade. After becoming a mum to five children, Catherine joined Bevercotes colliery herself, working in the canteen. During the great strike in 1984, Catherine was one of the few female official picketers when she joined her husband in the fight to stop the pit closing under the Tories. 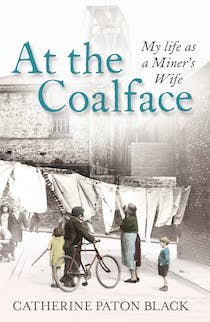 At the Coalface: My life as a miner's wife