He served as Interim Leader of the Labor Party and Acting Leader of the Opposition following the 2013 federal election and served as Shadow Treasurer. He is now the Shadow Minister for Climate Change and Energy.

He lives in his electorate with his wife, Rebecca, children, Grace and Max, and labradors, Ollie and Toby. 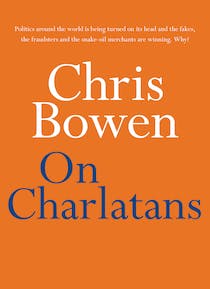