Dr Chris Johnstone is one of the UK's leading resilience trainers, with more than three decades' experience teaching in this field. He graduated in medicine with distinction in 1986, after a first degree specialising in psychology. Experiencing burnout and depression as a junior hospital doctor, he became a leading figure in the campaign to improve working conditions. He trained as a GP before moving into the mental-health field, where for many years he ran groups teaching resilience skills. Influenced much by positive psychology, he trained with Martin Seligman and other leading practitioners in 2005. Since then he has pioneered the role of resilience training in mental-health promotion, coaching practice and the workplace. His previous book Active Hope (co-authored with Joanna Macy) has been published in more than eight languages, his video-based online course Personal Resilience in an Hour has participants from more than 55 countries. He lives in the north of Scotland, where he teaches online at CollegeofWellbeing.com. 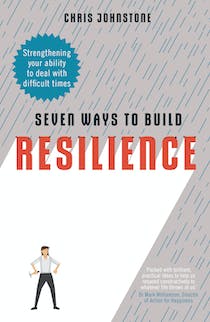 Seven Ways to Build Resilience: Strengthening Your Ability to Deal with Difficult Times