Chris Packham is one of the UK's leading naturalists and wildlife TV presenters inspiring audiences young and old to take notice of, get involved with and care for our natural environment. He is currently the leading host of BBC 2's Springwatch, Autumnwatch and Winterwatch.

His autobiography, Fingers in the Sparkle Jar was a number 1 Sunday Times bestseller, and a Radio 4 Book of the Week.

As a campaigner Chris is a vociferous opponent of the badger cull and has called for the banning of driven grouse shooting. In April 2014 he and a small production team headed to Malta and the front line of the spring shoot. Their campaign 'Massacre on Migration - Malta' highlighted the illegal slaughter of migrating birds via daily video blogs for which they received the Green Ribbon Political Award from CIWEM.

In October 2016 Chris earned the top honour at the Wildscreen Panda Awards - The Christopher Parsons Award for Outstanding Achievement - in recognition of his significant contribution to wildlife filmmaking, conservation and the public's understanding of the environment. 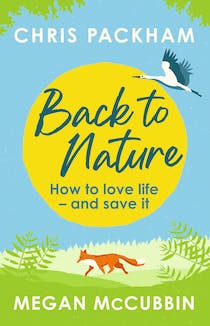 Back to Nature: How to Love Life and Save It