Christopher Kompanek is a native New Yorker who spent his childhood going to the theater, museums, jazz clubs and other New York institutions like the now-shuttered Carnegie Deli. His love of arts, culture, and food led him into the world of journalism where his writing on film, music, theater, and food has been published in the Village Voice, Time Out New York, Washington Post, and Financial Times among many other publications.

While his travels have taken him from Patagonia to the Great Barrier Reef, from the streets of Berlin to the temples in Cambodia, Christopher is always giddy to return to New York and order a pizza from his neighborhood shop. 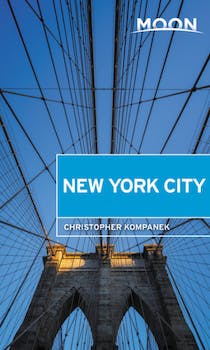