Christopher Nolan was born in Mullingar, Ireland, in 1965. Unable to talk, walk or use his hands due to cerebal palsy, he could communicate only via a special computer and keyboard, using a so-called 'unicorn stick' to painstakingly tap each letter as his mother cradled his head. He published his first book, a collection of poetry called A DAM-BURST OF DREAMS, in 1981. He is the author of two novels, including UNDER THE EYE OF THE CLOCK, which won the Whitbread Award. He died in Dublin in 2009. At the time of his death he was working on another novel, which remains unfinished. 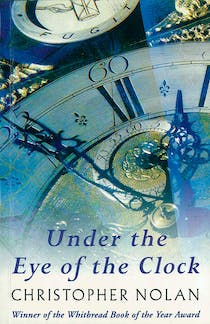 Under The Eye Of The Clock