For Cody Copeland, Oaxaca had always seemed elusive. After traveling to many other parts of Mexico, from Mazatl?n to Canc?n, Monterrey to Mexico City, he was told everywhere he went that he needed to see Oaxaca. In 2010, Cody began teaching English at a public university in a tiny desert town about two hours south of Oaxaca City and was finally able to discover this magic for himself. He spent a year and a half in Miahuatl?n de Porfirio D?az, and it didn't take long for him to realize that he had found Mexico's best-kept secret. He took advantage of every opportunity available to get to know the place and its people, from donning colorful costumes for holiday parades to sharing traditional meals with locals in their homes.Cody is a writer of essays, travel guides, and poems. His work has appeared in Lapham's Quarterly, The Texas Observer, The R?o Grande Review, and Mexico City Lit, among others. He has lived and worked in Mexico for over six years and currently resides in Mexico City. 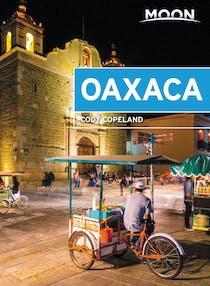