Colin Quinn is a stand-up comedian and writer best known for his five years writing and performing (and anchoring "Weekend Update") on Saturday Night Live. He was also the sidekick/announcer of MTV's game show Remote Control and host of Tough Crowd with Colin Quinn on Comedy Central. Quinn recently performed on Broadway and toured the country for his one-man show Long Story Short, which was adapted into an Emmy-nominated HBO special. 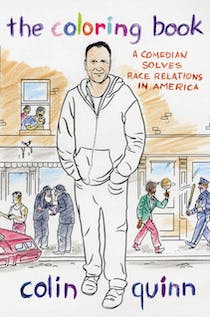 The Coloring Book: A Comedian Solves Race Relations in America