Beginning her musical journey as a virtuoso pianist, Dami Im is renowned for her emotive and powerful vocals since capturing our hearts when she won The X Factor Australia. She has released a string of hit albums and singles such as 'Alive', 'Super Love' and 'Gladiator'. She went on to become 'Eurovision royalty' in 2016 when she earned the highest score ever achieved by an Australian entry with her smash hit 'Sound of Silence', which charted in 38 countries. Dami's self-titled album debuted at #1 on the charts and went on to be a platinum seller. She has released a further three studio albums, which all have been top ten charting albums. MY REALITY, released in 2021, is Dami's fifth studio album. Dreamer is her first book. 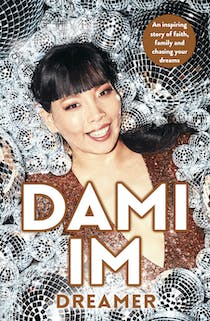