Dan Rhodes is an awe inspiring 18-year-old close up magician from Oldham who took the world by storm after he sawed Amanda Holden in half during his Britain's Got Talent audition in 2019.

Dan's passion for all things magic began aged just six years old after he received a magic kit for Christmas from his family. Dan is extremely precise, focused & creative when it comes to creating and honing his illusions, and he is now one of the biggest social media stars in the world. 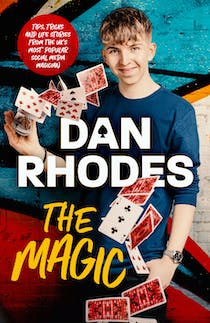