Dana Loesch has often filled in for Glenn Beck on The Blaze and she has just formally joined that network as a host and a commentator. In addition, Dana, hosts her award-winning, highly rated, daily syndicated radio show, The Dana Show: The Conservative Alternative from her flagship station KFTK, and is a political television commentator for Fox News, ABC, CNN and HBO's 'Real Time' with Bill Maher. Her radio program regularly beats that of Rush Limbaugh's in her target market and she was named Talkers Magazine's top 100 heavy hitters in 2012. She is and was the first and only female guest host for Michael Savage's radio show. 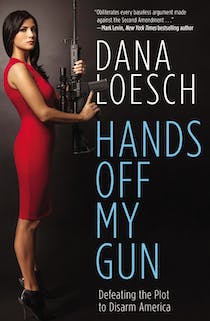 Hands Off My Gun: Defeating the Plot to Disarm America