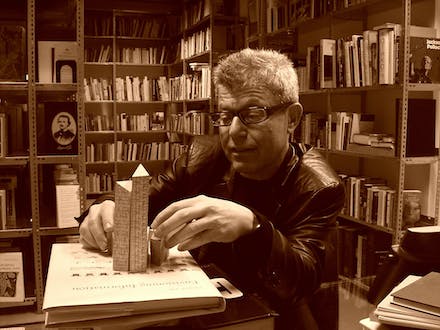 Daniel Libeskind is a renowned international figure in architecture and urban design. Following his inspired Jewish Museum Berlin, in February 2003 he won the Master Plan competition for the World Trade Center site.

Born in postwar Poland in 1946, Libeskind became an American citizen in 1965. He studied music in Israel and performed internationally, then went on to study architecture in New York and at Essex University. He has received numerous international architectural awards, as well as the Hiroshima Art Prize -- awarded to artists whose work promotes peace.