David Barry Dein MBE (born 7 September 1943) is the Ambassador for the Premier League and International Ambassador for the Football Association. He is the former co-owner and vice-chairman of Arsenal Football Club and former vice-chairman of the Football Association. Dein is also the founder of The Twinning Project. He spends much of his free time giving motivational speeches to schools and prisons in the UK and at football conferences globally. 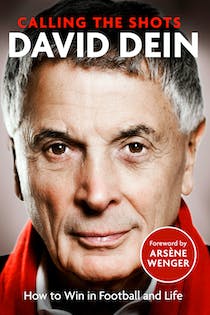 Calling the Shots: How to Win in Football and Life