Derek Sarno is co-founder of Wicked Healthy. When he's not cooking or instagramming his creations, he's the Director of Plant Based Innovation at retail giant Tesco.

Derek was formerly the Senior Global Executive Chef for Whole Foods Market, has owned several critically acclaimed restaurants and catering businesses, founded a sustainable farm and spent several formative years as a farmer and chef at an international Tibetan Buddhist monastery located in upstate New York. He is also a mushroom and squirrel whisperer and, most recently, a fox whisperer. 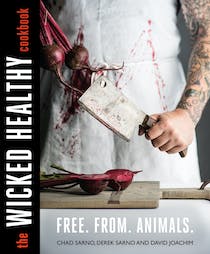