Doctor Emeka Okorocha is a frontline NHS doctor working in A&E departments in East London and Kent. The face of NHS and Government campaigns, he has appeared on many TV shows including This Morning, as well as many others across BBC, ITV, CNN, Channel 4 and Sky. He has also spoken on network radio stations, featured in national newspapers and collaborated with Boots, Holland & Barrett, Grenade, Biotiful Kefir, Freeletics, Moss Bros, Uber Eats, British Red Cross and United Nations.

Fronting the nationwide campaign 'It Starts on TikTok', Dr. Emeka was voted one of TikTok's top 10 educators for 2020, speaking about all things medical and Black Lives Matter. He is passionate about medicine, fitness and fashion. 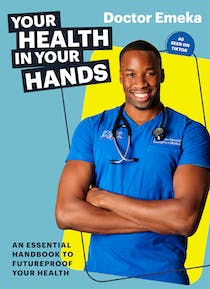 Your Health in Your Hands