Dominic Roskrow is the former editor of Whisky Magazine, The Spirits Business and Whiskeria. He has written eight books on whisky including The World's Best Whiskies, 1001 Whiskies You Must Taste Before You Die and The Whisky Opus, and has contributed to several more, including every edition of The Whisky Yearbook. He specializes in world whisky, and he has had work published in newspapers and magazines across the world including Drinks International, Harpers Wine & Spirits Trade News, Whisky Advocate, The Times, The Sunday Times, the Daily Telegraph and the Wall Street Journal. He has been made a Kentucky Colonel and a Keeper of The Quaich for his contributions to bourbon and Scotch whisky respectively, and he was named the 2015 Fortnum & Mason Drinks Writer of the Year. 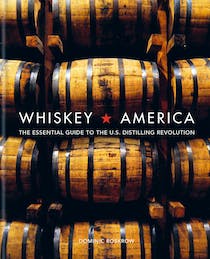