It is the year 2018. The Martian invasion of Earth has left our planet shattered and humankind enslaved. In this post-apocalyptic nightmare rises Killraven, a man obsessed, a hero with a singular mission - free Earth! Writer Don McGregor and artist P. Craig Russell took on Killraven's mission, and together they crafted one of the most compelling, nuanced comic art masterworks of 1970s. Killraven and his band of Freemen rebels strive, battle and love with a humanity utterly exciting and uniquely touching. The complete Killraven sci-fi action opus is collected in this incomparable Epic Collection. Each page has been beautifully restored, including the saga's graphic novel conclusion. 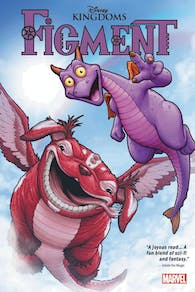