Don Zolidis grew up in Wisconsin, went to college in Minnesota, and is mostly known for being a really funny playwright. For the past five years, he's been the most-produced playwright in American schools. His more than one hundred published plays have been performed tens of thousands of times, and have appeared in sixty-four different countries. He currently splits his time between New York and Texas, and has two adorable boys who will someday read this book and have a lot of questions. He aspires to owning a dog. The Seven Torments of Amy and Craig is his first novel. He's hard at work on the next one. 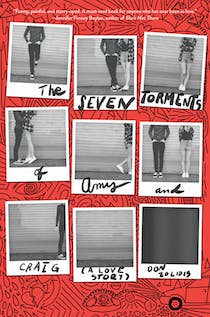 The Seven Torments of Amy and Craig (A Love Story)