Doug Bock Clark is a writer whose articles have appeared or are forthcoming in the New York Times Magazine, The Atlantic, National Geographic, GQ, Wired, Rolling Stone, The New Republic, and elsewhere. He won the 2017 Reporting Award, was a finalist for the 2016 Mirror Award, and has been awarded two Fulbright Fellowships, a grant from the Pulitzer Center on Crisis Reporting, and an 11th Hour Food and Farming Fellowship. Clark has been interviewed about his work on CNN, BBC, NPR, and ABC's 20/20. He is a Visiting Scholar at New York University's Arthur L. Carter Journalism Institute. 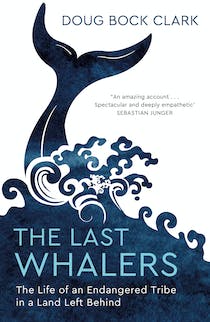 The Last Whalers: The Life of an Endangered Tribe in a Land Left Behind