Set between The Phantom Menace and Attack of the Clones, this New York Times best-selling young adult novel traces Padme Amidala's journey from queen of Naboo to Galactic senator, by the best-selling author of Ahsoka.

Written by the #1 New York Times best-selling author of Ahsoka!

When Padme Naberrie, "Queen Amidala" of Naboo, steps down from her position, she is asked by the newly-elected queen to become Naboo's representative in the Galactic Senate. Padme is unsure about taking on the new role, but cannot turn down the request to serve her people. Together with her most loyal handmaidens, Padme must figure out how to navigate the treacherous waters of politics and forge a new identity beyond the queen's shadow.

"A fascinating perspective into the backstory of a beloved and well-known character within the Star Wars universe, this is a must-have for reluctant readers or for fans of the franchise."- School Library Journal

"The Star Wars universe...is all the brighter for a thoughtful and sentimental story about the women of Naboo that never-unlike Chancellor Palpatine-underestimates them."- The Mary Sue

"Nearly 20 years after the theatrical release of The Phantom Menace, we're finally getting a story worthy of Padm and her handmaidens."- The Daily Dot 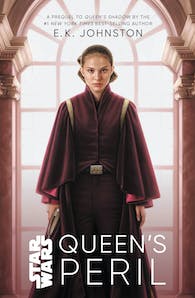 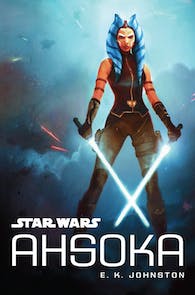