Sir Edward Shepherd Creasy(1812-1878) was educated at Eton and Cambridge, and worked as a lawyer and judge until 1840, when he became a professor of history at the University of London. In 1860 he became Chief Justice of Ceylon. After his return to England in 1870, he wrote and published several books, though none received the acclaim of Fifteen Decisive Battles of the World. 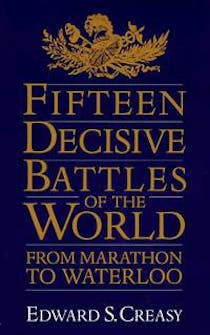 Fifteen Decisive Battles Of The World: From Marathon To Waterloo