Edward Newman graduated from University College Cork with a degree in English and irish and qualified as a secondary school teacher in 2004. He has been writing since his early teens contributing sports reports and news stories for his local newspaper. At UCC he was sports editor of the college newspaper. While teaching at Christian Brothers College, a well-known rugby school, Edwrad was heavily involved in coaching writng for The irish Examiner and Evening Echo at the weekends. In 2004, Edward left teaching to write full-time and now contributes to various national publications including The Irish Examiner, Village Magazine, The Irish Times and the Irish Sun where he is Munster correspondant. 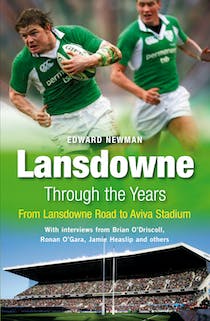 Lansdowne Through the Years