Eileen Markey is an investigative journalist whose work has appeared in the New York Times, New York Magazine, Wall Street Journal, National Catholic Reporter, America, Commonweal, and Killing the Buddha. She has worked as a producer for WNYC's Brian Lehrer Show and is a contributing editor for Housing and Homelessness at City Limits. Markey is a graduate of Fordham University's urban studies program and Columbia's Graduate School of Journalism.

A Radical Faith: The Assassination of Sister Maura 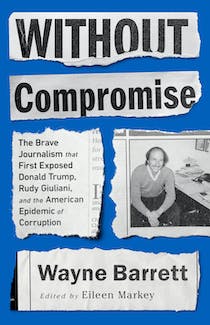 Without Compromise: The Brave Journalism that First Exposed Donald Trump, Rudy Giuliani, and the American Epidemic of Corruption