Eleanor Shearer is a mixed-race writer and the granddaughter of Windrush generation immigrants. She splits her time between London and Ramsgate so that she never has to go too long without seeing the sea. For her Master's degree in Politics at the University of Oxford, Eleanor studied the legacy of slavery and the case for reparations. Her fieldwork was in St. Lucia and Barbados. The inspiration for River Sing Me Home came to Eleanor after she discovered a tiny footnote in an exhibition she was attending about the Windrush. Mothers in slavery in the British colonies lived in constant fear of their children being sold. When the Slavery Abolition Act came in in the 1830s, it didn't mean freedom, so many mothers went in search of their lost children. 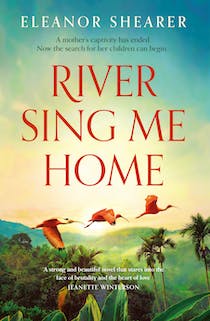