Esuantsiwa Jane Goldsmith grew up in a working-class neighbourhood in 1950s South London, the mixed-race daughter of a white single mother and a Ghanaian father she never knew as a child. A feminist and political activist, she was the first woman-and only woman of colour-elected as President of Leicester University Students' Union in the 1970s. Following a career in women's organisations and international development, she founded Anona Development Consultancy, working with over 100 organisations on five continents as a dynamic facilitator and strategist. In 2015, she was awarded an Honorary Doctorate for her work in Women's Rights. 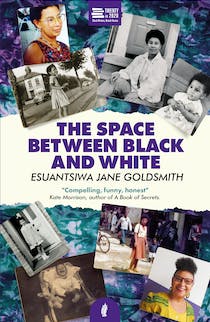 The Space Between Black and White