Evan Ross Katz is a writer and columnist best known as the world's expert on all things Sarah Michelle Gellar. Writer for the Netflix's The Most channel, his writing has also been featured in Paper, The Independent, Men's Health, MTV, The Observer, Oprah Magazine, Out, Playboy, Refinery29, Rolling Stone, Teen Vogue, and Thrillist, among others. He is the host of the LGBTQ+ focused podcast, Shut Up Evan, which has featured celebrities such as Olivia Wilde, Rose McGowan, and Buffy alum, Charisma Carpenter. 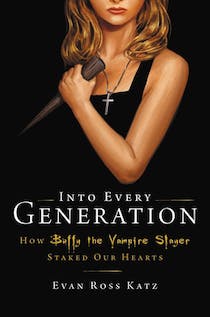 Into Every Generation a Slayer is Born: How Buffy Staked Our Hearts