Geordie Greig, the grandson of Sir Louis Greig, was born in 1960, and educated at Eton and Oxford. He was the New York correspondent of The Sunday Times for for five years until 1995 when he was appointed literary editor. He is now the editor of TATLER. He lives in London with his wife and son. 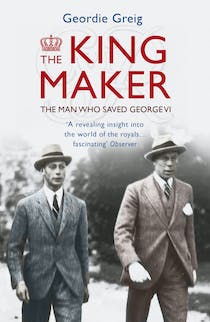 The King Maker: The Man Who Saved George VI