George Lewis is an award-winning comedian and writer. His writing credits include Have I Got News for You, 8 out of 10 Cats, various work for BBC Comedy, Radio 4, Dave, Comic Relief and his own weekly football column - Funny Old Game - in the Times. He has recently appeared on the Stand Up Sketch Show (ITV2), Top Gear Extra Gear (which he hosted), Celebrity Mastermind (which he won) and he presents the Britpopcast for Radio X. Before he became a comedian, he worked as a copywriter. He lives in Manchester with his wife and his two children, a boy and a girl, fourteen months apart. 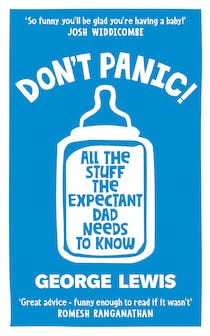 DON'T PANIC!: All the Stuff the Expectant Dad Needs to Know