Author Gloria Halim changed her 'junk food' habits and followed the superfood route after having gone through health problems. Since recovering she feels healthier and more energetic than ever before. She has been helped in the writing of this book by Samantha Russo, who attended The Institute of Optimum Nutrition and who has been working as a nutritionist for ten years, advising the general public and athletes on their diets. 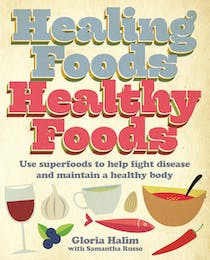