Golda Meir was an Israeli politician, teacher and the world's fourth, and Israel's only, woman to hold the office of Prime Minister. Often described as the Iron Lady of Israeli politics, David Ben-Gurion used to call her 'the best man in government'. She has been recognised with numerous awards including the James Madison Award for Distinguished Public Service by Princeton University and the Israel Prize for her special contribution to society and the State of Israel. She has been inducted into Halls of Fame, and there are numerous memorials to her, including the Golda Meir library, Golda Meir Square in New York City and Golda Meir Boulevard in Jerusalem. 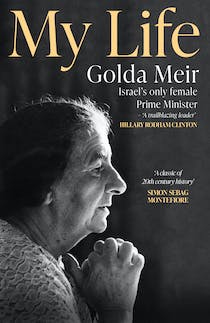