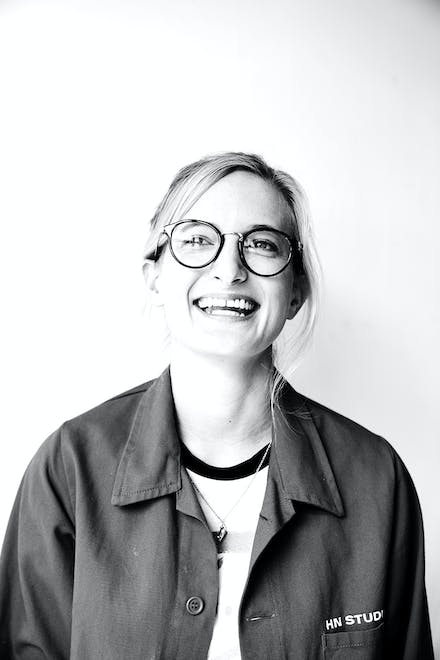 Hattie Newman has earned an international reputation for her inimitable creations in the field of set design and papercraft. Found in advertisements, animations, physical spaces and books, her colourful work is loved by children, publishers and photographers alike. Hattie has directed a number of playful short films and animations, in which her wonderful paper sculptures magically come to life - most recently in a Christmas TV Commercial for the fashion brand, Lacoste.

Although based at her London studio, projects regularly call Hattie away to work in New York, Paris, Valencia, Milan and other places far from her original home of Devon, England. Her clients include Lacoste, TFL, NSPCC, The Guardian, Honda, Canon and John Lewis.

As well as practicing commercially, Hattie is also active in design education, giving frequent talks and workshops to adults, students and children. Recent guest lectures include Brief Design Festival in Madrid, Papier Hier in Amsterdam and Beyonderground Festival in Belgium. In the UK, Hattie is a guest lecturer at the University of the West of England, where she gained her first class degree in Illustration in 2008.

Exhibitions showcasing Hattie's work include Pick Me Up in Somerset House, London, The Paper Convention in Sydney and The Paper Cut Festival in Amsterdam. 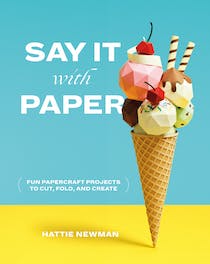 Say It With Paper: Fun papercraft projects to cut, fold and create