Jim Piazza is an essayist, screenwriter, and playwright whose personal essays and writings about the media have appeared in The Village Voice and Out magazine. He has been a script analyst for Columbia, Fox, and Paramount Pictures. With Gail Kinn, he is the coauthor of The Greatest Movies Ever (BD&L). He lives in New York City. 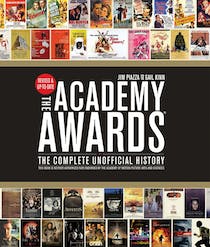 The Academy Awards: The Complete Unofficial History - Revised and Up-To-Date