Daphne: The New Novel From The Bestselling Author of BIRD BOX

Horror has a new name: Daphne. A brilliant reimagining of the slasher genre by the New York Times bestselling author of Bird Box.

Horror has a new name: Daphne. A brutal, enigmatic woman stalks a girls high school basketball team in a reimagining of the slasher genre by the New York Times bestselling author of Bird Box.

But the night before the big game, one of Kit's players tells a ghost story about Daphne, a girl who went to their school many years ago and died under mysterious circumstances. Some say she was murdered, others that she died by her own hand. And some say that Daphne is a murderer herself. They also say that Daphne is still out there, obsessed with revenge, and will appear anytime someone thinks about her to kill again.

After Kit hears the story, her teammates vanish, one by one, and Kit begins to suspect that the stories about Daphne are real...and to fear that her own mind is conjuring the killer. Now it's a race against time as Kit searches for the truth behind the legend and learns to face her own fears. Or else the summer of her lifetime will become the last summer of her life.

Mixing a nostalgic coming-of-age story and an instantly iconic female villain with an innovative new vision of classic horror, this is an unforgettable thriller as only Josh Malerman could imagine it. 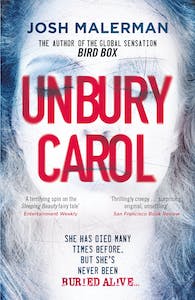 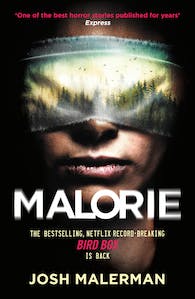 Malorie: One of the best horror stories published for years' (Express) 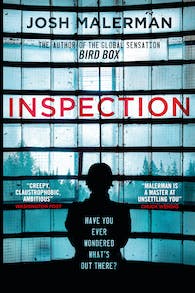 Josh Malerman is a New York Times bestselling author and one of two singer-songwriters for the rock band the High Strung. His debut novel, Bird Box, is the inspiration for the hit Netflix film of the same name. His other novels include Unbury Carol, Inspection, A House at the Bottom of a Lake, and Malorie, the sequel to Bird Box. Malerman lives in Michigan with his fiancee, the artist and musician Allison Laakko.