The Garden of Empire: Book Two

The sequel to the critically acclaimed The Hand of the Sun King. A marriage of magic and crisp prose in a truly epic world, this is perfect for fans of Robin Hobb, Ken Liu and Shelley Parker-Chan

WAR MAKES MONSTERS OF EVERYONE.

Foolish Cur, once named Wen Alder, finds that his allies in the rebellion might cross any line if it means freedom from the Empire. But he can't overcome a foe as strong as Emperor Tenet alone.

Koro Ha, Foolish Cur's former tutor, discovers the Empire is not so forgiving of those who raise a traitor. And their suspicion may cost him and his people more than he can imagine.

THE GODS ARE LURKING IN THE SHADOWS.

As war against the Empire rages, Foolish Cur knows there is a greater threat. The emperor plans his own coup against the gods, and they will wreak destruction if he tries. To stop him, Foolish Cur might have to risk everything - and resort to ancient magics that could tear the world apart.

The sequel to the spectacular The Hand of the Sun King, filled to the brim with magic and the cruel consequences of war. This is perfect for fans of Robin Hobb and Shelley Parker-Chan. 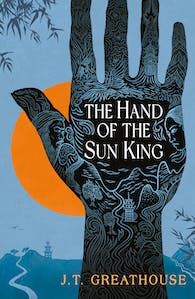 The Hand of the Sun King: An exquisite epic fantasy where loyalty is tested, legacy is questioned and magic fills every page

Praise for The Garden of Empire: Book Two