Step into the ancient fir-tree forests of Scandinavia and bear witness to legends as epic as those of the Greeks and the Romans.
Loki, born within the heart of a fire in the hollow of a tree-trunk, arrives in Asgard as an outsider. Over time, he goes on to become one of Odin's closest allies and plays an integral role in the rise of the Golden Era of the Gods - and their eventual destruction.
This book - told from the perspective of Loki, the trickster god - charts the history of Norse mythology, starting with the creation of heaven and earth and leading to the eventual downfall of the gods. Told deftly with complexity and nuance, we hear the famous stories of Odin's self-sacrifice on the World Tree and the murder of Balder the Beautiful, and how Loki fathered Odin's horse Sleipnir. This is a retelling of the cycle of Norse myths for modern times, written with the vividness and earthy, sometimes shocking humour for which this prize-winning author is famous. 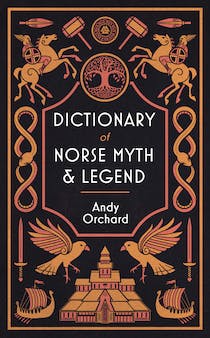 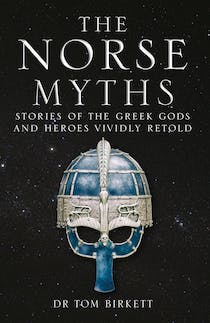 The Norse Myths: Stories of The Norse Gods and Heroes Vividly Retold 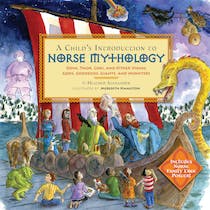 Norse Myths and Legends: Viking tales of gods and heroes