We sat down for a chat with Kayte Nunn, author of the bestselling debut novel The Botanist's Daughter, to talk about her the inspiration, research and writing routine behind her newest book, The Forgotten Letters of Esther Durrant. 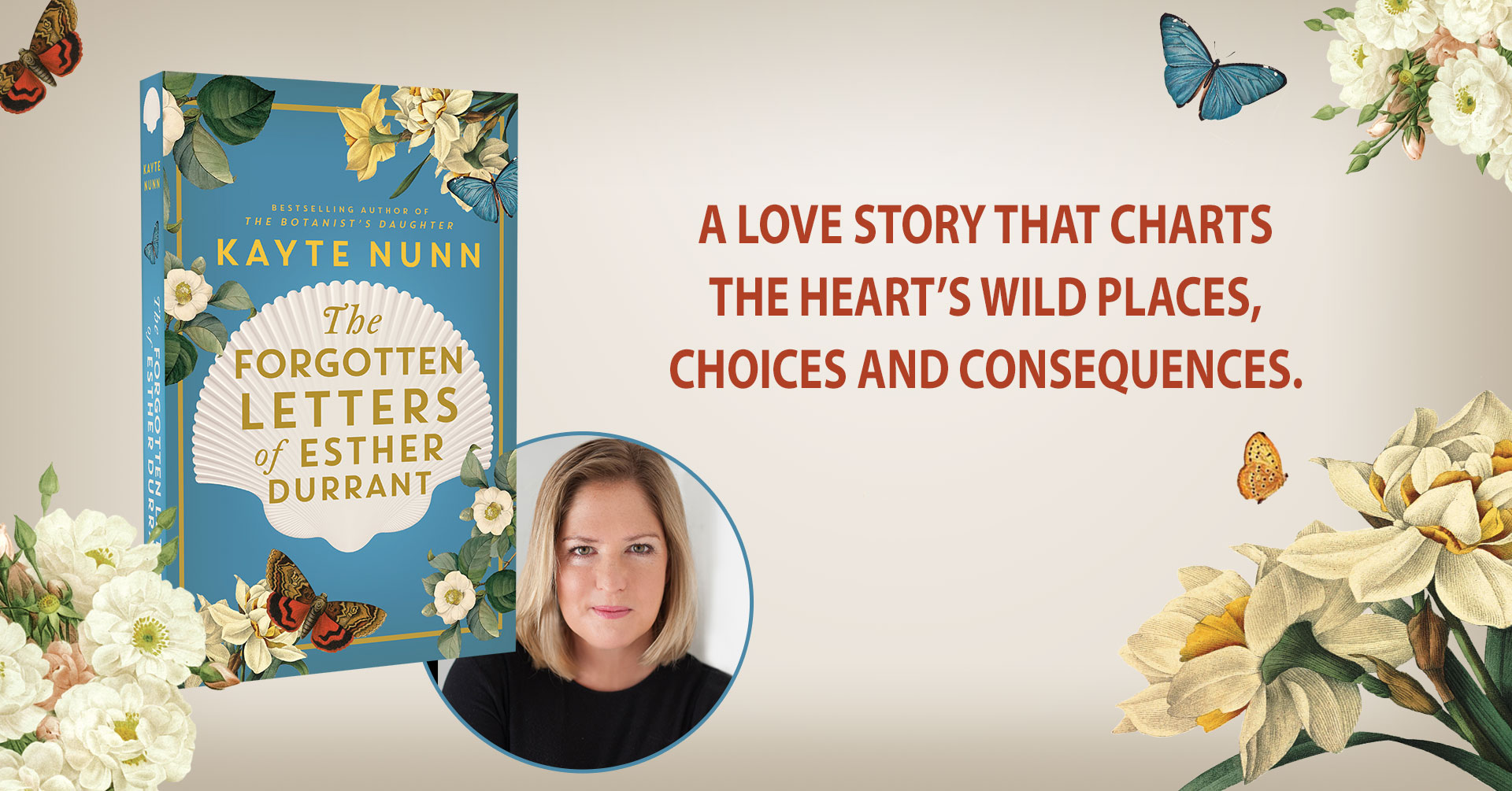 Your latest book, The Forgotten Letters of Esther Durrant is described as a deeply atmospheric, resonant novel that charts the heart's wild places, choices and consequences. Can you tell us a bit more about the book?

In 1951, Esther, a young mother is committed against her will to an isolated mental asylum by her husband.

In 2018, Rachel, a young marine scientist embarks on research in the Isles of Scilly, off the Cornish coast. A violent storm forces her to take shelter on a far-flung island, where she discovers a collection of love letters slipped between the pages of a novel. Captivated by their passion and tenderness, she determines to track down the intended recipient.
Meanwhile, in London, Eve is helping her grandmother, a renowned mountaineer, write her memoirs. When she is contacted by Rachel, it sets in motion a chain of events that threatens to reveal secrets kept buried for more than sixty years.

What inspired the idea behind this novel?

My great-grandmother was admitted to a mental asylum in the 1930s in Britain, suffering from post-natal depression. It was a source of great shame to my grandfather; he was deeply affected by the loss of his mother at a young age and almost never spoke of it. Only recently I learned that she never left, dying there many years later, something that struck me as desperately sad. I also read of the fact that, up until the early 1950s a husband or father could have their wife or daughter admitted to an asylum without them having been examined by a doctor, which I found horrifying. These two things were the catalyst for this novel. I also love the old movie, Brief Encounter, and wanted to write a story about an impossible relationship, albeit a slightly different one.

You grew up in England. The novel transports us to Isles of Scilly, off the Cornish coast. Have you spent time there? (And if not, how did you capture a sense of place?)

Yes, I visited the island in the course of researching my novel, and so was able to get a feel for them in the present day – even seeing the water ambulance that I mention in the novel. They are truly delightful places, and a favourite holiday spot for walkers and campers. I also spent a fascinating day at the Isles of Scilly Museum when I was there, and was able to browse their library of books from the 1950s about Scilly. 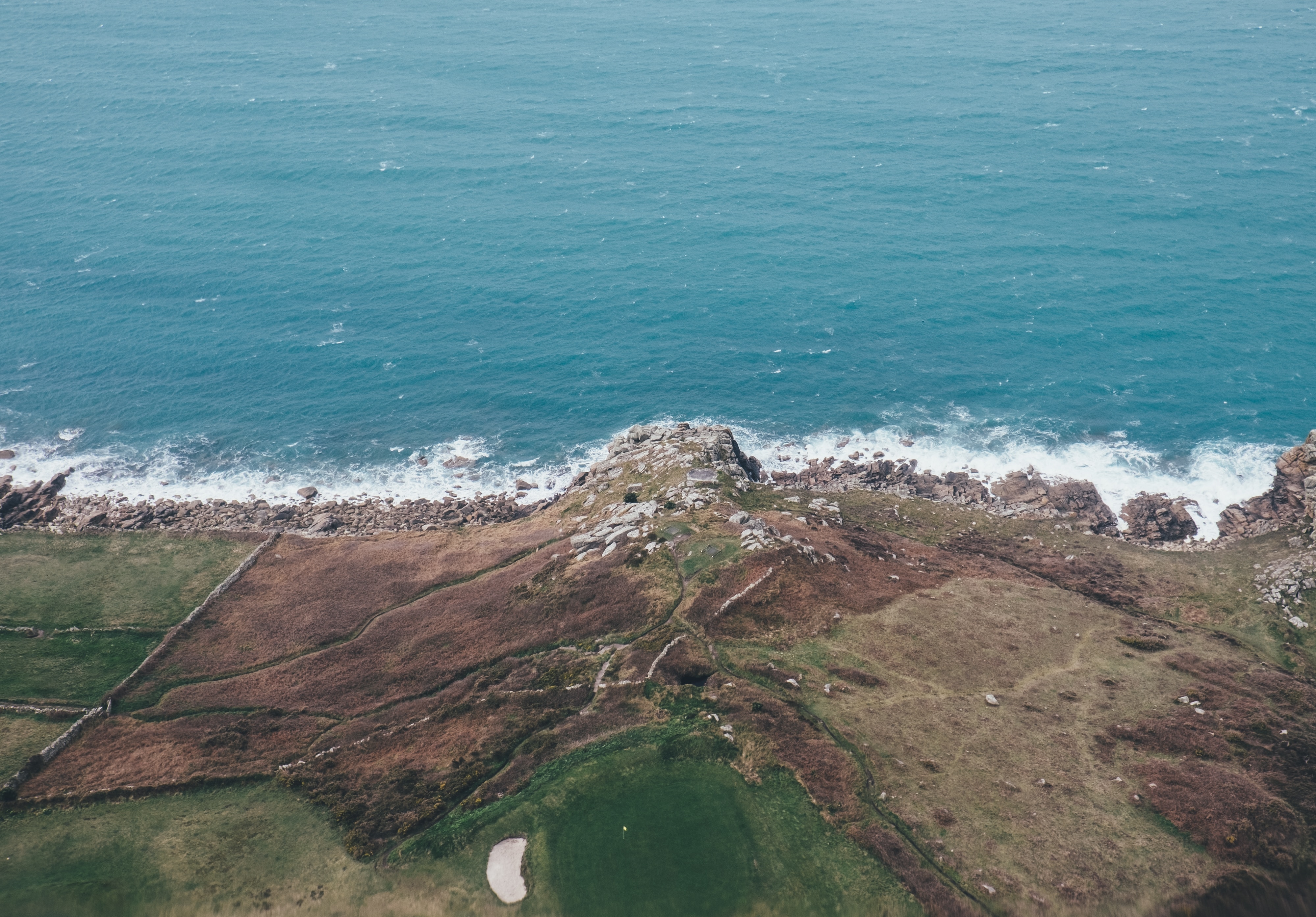 What was your research process like for the novel?

I spent a lot of time researching life in Britain in the 1950s (how I wished my mother or grandmother was still alive so that I could ask them what it was like!).

I researched the treatment of mental illness at the time, and in particular in survivors of the Second World War. I also listened to recordings of oral histories of servicemen who were interned in prisoner-of-war camps in the war.

What’s your daily writing routine like and what are you working on at the moment?

I try and write during school hours, giving myself a daily word count to achieve. I am in the midst of a structural edit for a book that will hopefully be published in 2020, a ghost story that incorporates my love for herbal lore, set in England in the 18th century and the present day.