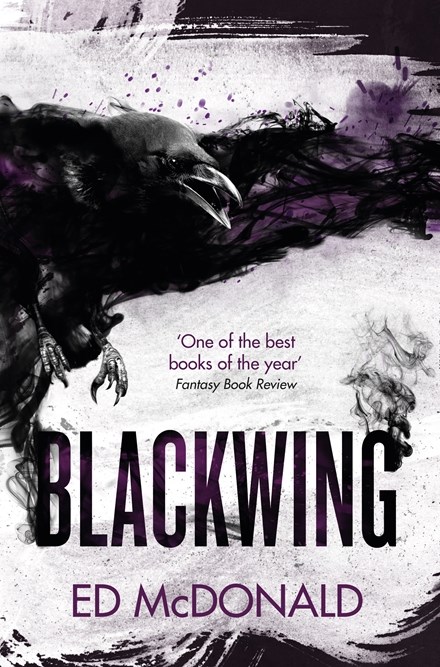 The Deep Kings were defeated once by Nalls engine. A weapon that blasted the land and created the vast wasteland called the Misery. The Misery is populated by all manner of twisted beings, monsters and animals. They raid out of the Misery and abduct humans so they can be twisted into creatures of nightmare as well. Now the evil Deep Kings are on the move again by Nall is gone. The Blackwing are a small organisation under the eye of one of the Nameless, ironically with the name Crowfoot. They patrol the Misery killing the monsters that inhabit the Misery and try to keep the evil at bay. Captain Galharrow is head of a Blackwing patrol, he has a hidden history and he is one of the most experienced of the Blackwing. This story follows his journey to try and save the city Valengrad from the advancing hordes of the Deep Kings.

The magic in this world is controlled by Spinners. They spin moonlight into Phos which then powers machines and lights the city. They also can use Phos as a weapon to destroy their enemies. The Misery warps humans and animals into other evil creatures who then turn on their own and fight for the Deep Kings. There is a race to see if the humans can get Nalls engine working again but behind the sieged walls there is intrigue and betrayal. Galharrow and his ragtag crew are fighting a losing battle internally and externally but his own stubbornness and pure will could turn the battle in the end.

Aan enjoyable rip roaring yarn, plenty of battles, lots of intrigue, bizarre monsters and even a love interest. Who are the nameless, can they save humankind? If you want to know you will need to read Blackwing. 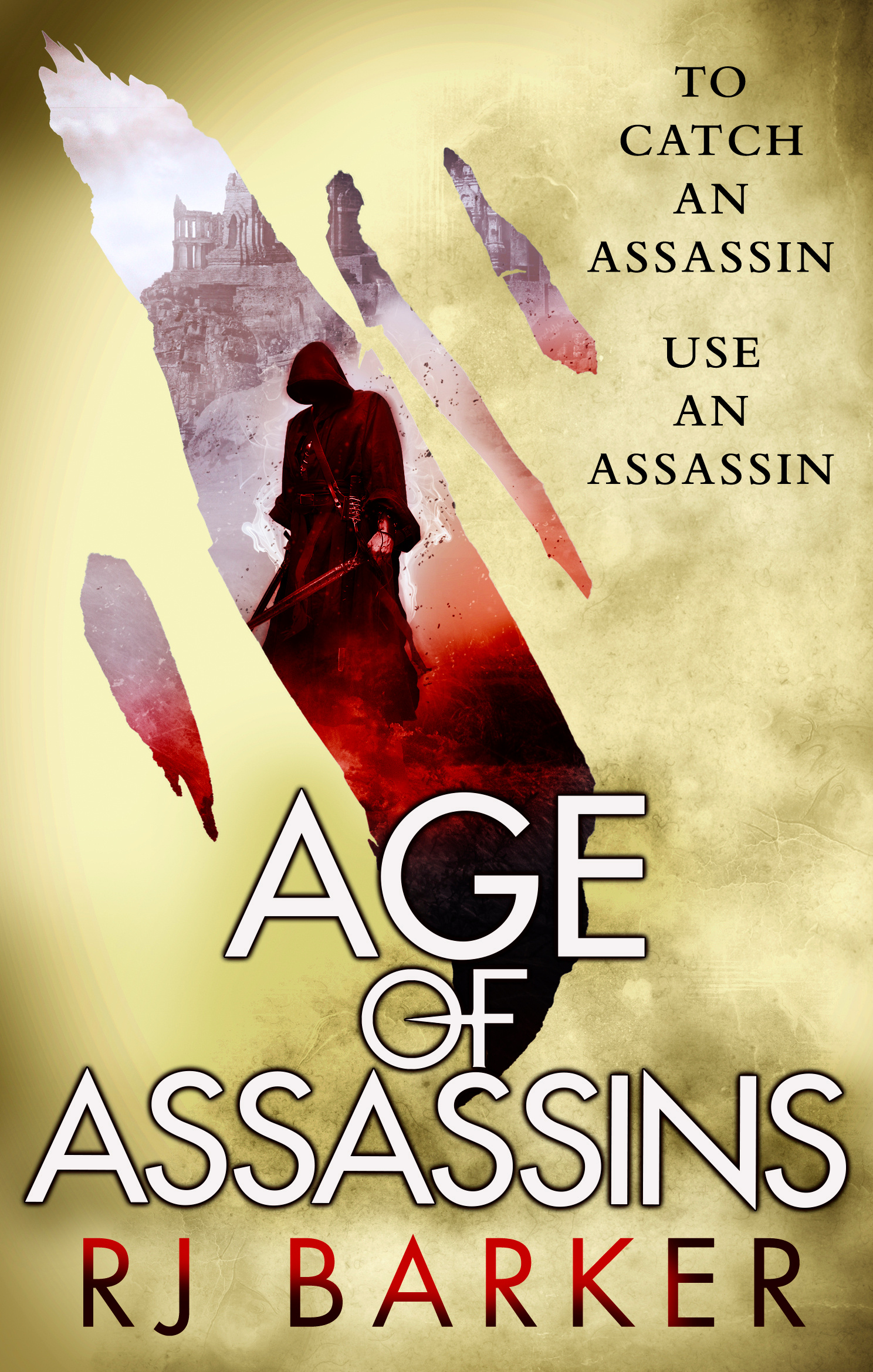 There have been many books about assassins in the fantasy genre. Robin Hobb’s Farseer Trilogy, Brent Weeks Night Angel trilogy, Lynn Flewelling’s Night Runner Series, and a myriad of others, have featured assassins as their central characters. Well, let us introduce you to Girton Clubfoot and Merela Karn. Girton, as his name indicates, has a club foot but this hasn’t stopped him from training from a young boy under the greatest assassin of the age Merela Karn. The Queens son is in danger. Someone has hired an assassin to kill him. Queen Adran believes that to stop an assassin you should hire an assassin. So Girton and his master, under duress, are employed to find out who has hired the assassin and to stop them.

Girton is passed off as a squire from a minor noble house and Merela is a Jester of much renown. What the author does from there is tease out the story of Merela’s past, and her previous association with the Queen, while we are introduced to a cast of characters who might want the future king dead. Queen Adran rivals Cercei Lannister from Game of Thrones with her scheming and maneuvering to not only save her son but also to make him high king.  Girton, who has never known a normal childhood, struggles with his role as he has to deal with bullying, teenage friendship, and girls. All while climbing the walls of the castle at night looking for clues and all to save the brutish King in waiting who hates him and wants to harm him. There are also interesting ‘Interlude’ chapters between the current story arc which help fill in the backstory.

This is epic fantasy at its best, with well thought out characters, intrigue, and twists that will keep you guessing you'll be depserate for the next book in the series.

The Dark Net by Benjamin Percy 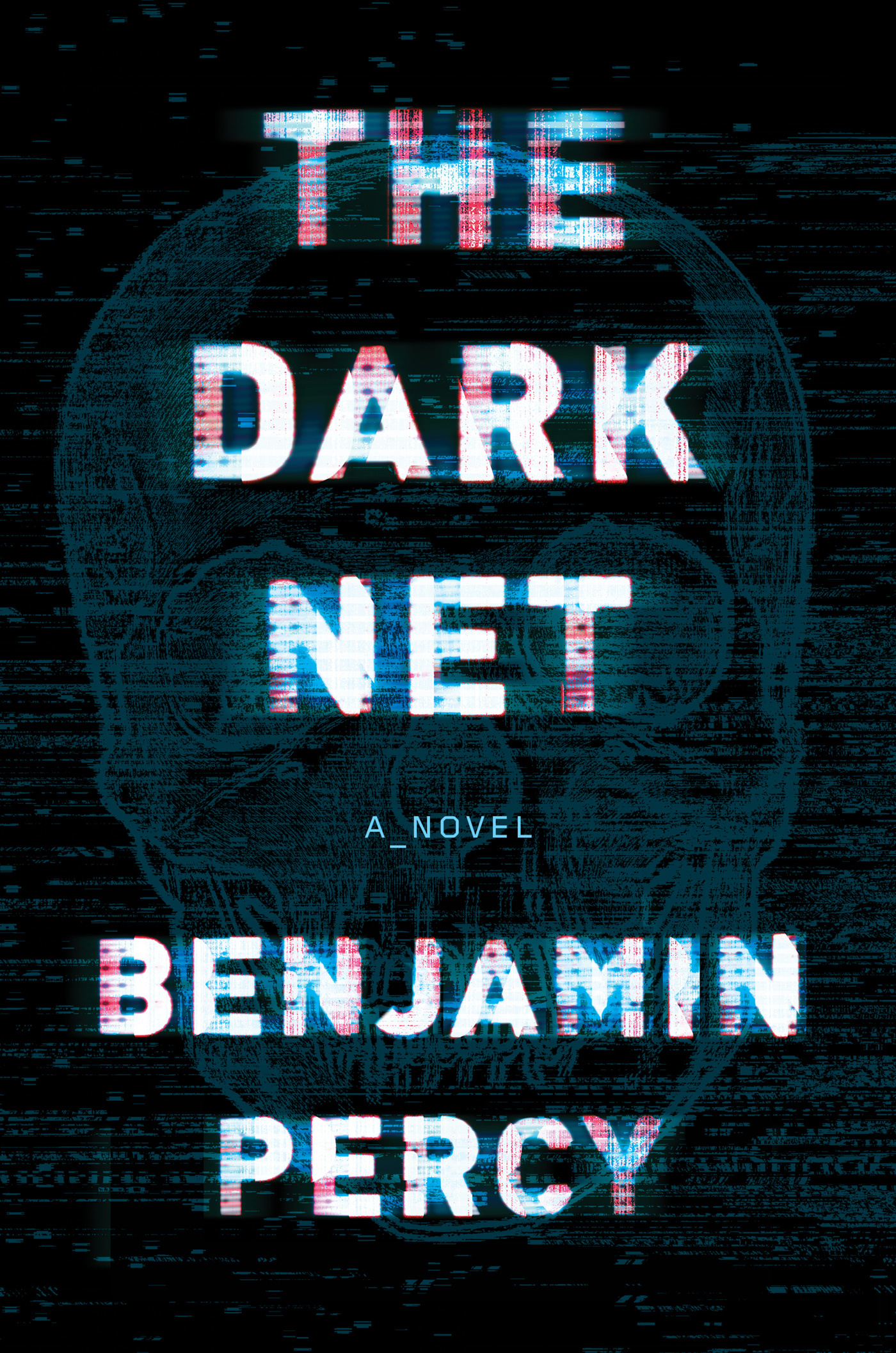 The new novel from Benjamin Percy, the bestselling author of Red Moon, Green Arrow, and Teen Titans!
The dark net is an online shadowland for criminals to operate anonymously, but when a demonic force begins to hack the minds of its users there is nowhere left to hide.

Enter a cracked-mirror version of the digital nightmare we already live in, a timely and wildly imaginative techno-thriller about the evil that lurks in real and virtual spaces, and the power of a united few to fight back. 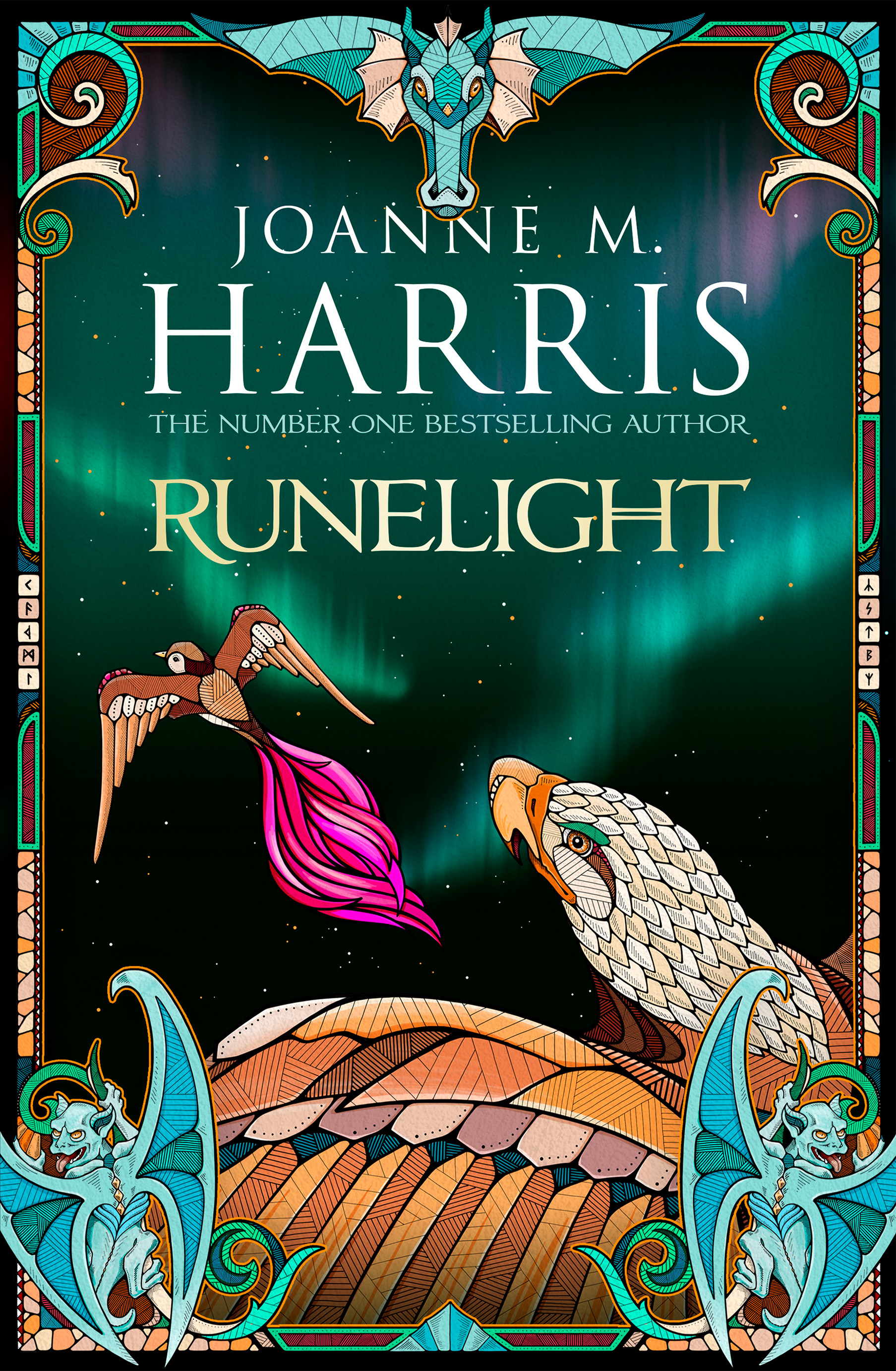 The squabbling Norse gods and goddesses of Runemarks are back! And there's a feisty new heroine on the scene:  Asgard lies in ruins, and the power of the gods has long since been destroyed . . . or so everyone thinks.

Nothing is lost for ever, and the gods haven't given up yet (nor stopped squabbling!) and they want the power of the runes borne by two young girls: Maddy and Maggie - these new runes, carry huge potential and act as a portent to the future.

Both girls are swept into a maelstrom of cataclysmic events that will draw them closer to each other, and nearer and to a horrific struggle where each must prove where their loyalty lies.

This is book two in a series of gloriously imaginative and dramatic tales about the Norse gods that you do not want to miss out on!

The Stone Sky by N.K. Jemisin 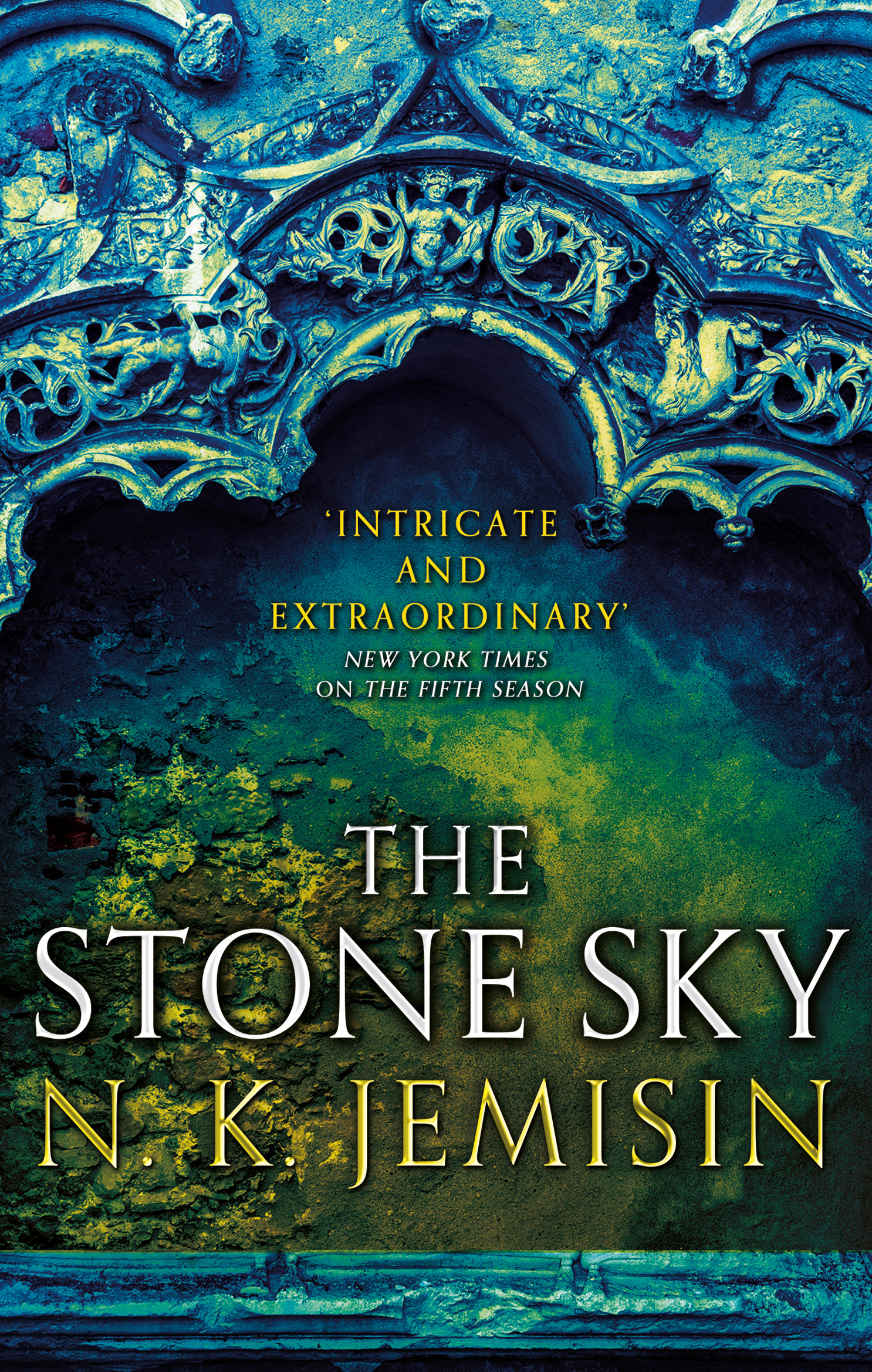 The concluding chapter in the critically acclaimed Broken Earth Trilogy that began with the Hugo award-winning book The Fifith Season.

Return to the world of The Stillness - an ironically-named super-continent that is victim to recurring and disastrous environmental catastrophes. The society of The Stillness is made up of Orogenes, people with a mastery of geological forces, The Guiardians who are their masters and the Stone-Eaters, non-humans who can move through solid rock with their own deadly agenda.

Over the trilogy Jemisin has woven an intricate thought provoking epic that doesn’t hold back in addressing climate change, xenophobia and authoritarianism, all the while remaining an immersive and compelling adventure story.

The Broken Earth Trilogy features a strong female protagonist (we’ll never have enough) in a series that will appeal to people who after a more sophisticated read. This is a timely, thought-provoking series that will undoubtedly live on as a modern classic.