Sophie Cousens worked in TV in London for over twelve years, producing shows such as The Graham Norton Show, Big Brother and Russell Howard's Good News. She now lives in Jersey, where she balances her writing career with taking care of her two small children. Her debut novel, This Time Next Year has been sold into seventeen territories and was an instant New York Times bestseller. 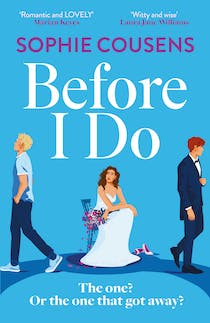 Before I Do: the new, funny and unexpected love story from the author of THIS TIME NEXT YEAR