In this splashingly fun MG, mermaid princess and aspiring ambassador Lana is a fish out of water when visiting her mom on land-and things get worse when disaster strikes her home.

Princess Lana is the youngest ambassador ever to represent her underwater kingdom, Clarion, at the Royal Festival on land. And even though it means trading her mermaid tail for a clumsy pair of legs-and worse, spending a week with her mother, who chose life on land over her children seven years ago-Lana can't wait to prove her political chops.

But once on shore, nothing goes as planned. The children of visiting dignitaries spread nasty rumors about Lana and her brother eavesdropping on humans' thoughts just because they can communicate telepathically underwater-never mind that their powers don't work on land. Lana's mom is wrapped up in the king of a neighboring kingdom, who turns out to be her new boyfriend. And despite her ambassador status, no one will let Lana near a single important negotiation or meeting.

Then an earthquake strikes Clarion, and though Lana's desperate to rush to the aid of her people, her father insists she stay away indefinitely. As the days on land add up, nothing her parents tell her about the disaster makes sense. Soon Lana uncovers signs that more nefarious forces may be at work-and they could spell war for her people. Can Lana uncover the truth about what happened and protect those she loves before it's too late?

In this splashing tale, Stephanie Kate Strohm blends the fantastical fun of being a mermaid princess with the difficulty of finding your footing far away from home. 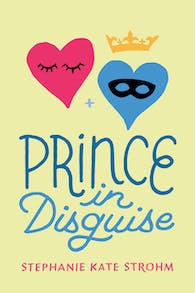 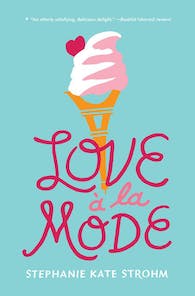