The fourth atmospheric crime thriller in the Daniel Leicester series, set in the beautiful Italian city of Bologna. Perfect for fans of Donna Leon, Michael Dibdin and Philip Gwynne Jones.

'There are two major stars in this book, the laconic private eye Daniel Leicester and the city of Bologna itself. Tom Benjamin mixes these ingredients perfectly making Italian Rules a really great read.' Ian Moore, author of DEATH AND CROISSANTS

A famous Hollywood director arrives in Bologna to remake a cult film and the city's renown cinema archive decides to mark the occasion with a screening of the original, only to discover it has disappeared.
After English detective Daniel Leicester follows the trail of Love Upon a Razorblade to an apparent murder-suicide, he begins to suspect there may be more at stake than missing negatives - could the film contain a clue to one of the city's most enduring mysteries? Together with a star from the forthcoming remake, Daniel moves from the glamour of Venice Lido to the depths of Bologna's secret tunnel system as a sinister network closes in and he learns some people are ready to kill for the ultimate director's cut.

'The locale is brought to life . . . the plot keeps you guessing' The Times

'A slow-burning, tense and brooding thriller' The Herald Scotland

'Tom Benjamin's debut novel blows the lid off a political cauldron in which Leftist agitators, property moguls, the police and city elders struggle for survival and dominance' Daily Mail

'It's an immensely promising debut, which leaves the reader feeling they really know the city.' Morning Star
'Another great crime novel set in Bologna' Reader Review

'The mystery smolders away nicely and the wrap-up throws some curve balls. Another indulgent offering in this rewarding series.' Reader Review 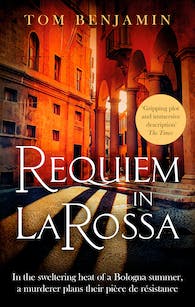 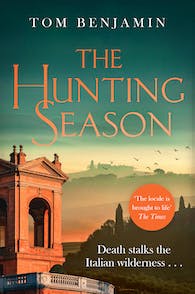 The Hunting Season: Death stalks the Italian Wilderness in this gripping crime thriller 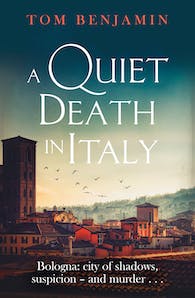 A Quiet Death in Italy

Tom Benjamin grew up in the suburbs of north London and began his working life as a journalist before becoming a spokesman for Scotland Yard. He later moved into public health, where he developed Britain's first national campaign against alcohol abuse, Know Your Limits, and led drugs awareness programme FRANK. He now lives in Bologna.

A Quiet Death in Italy is the first novel in his Daniel Leicester crime series.