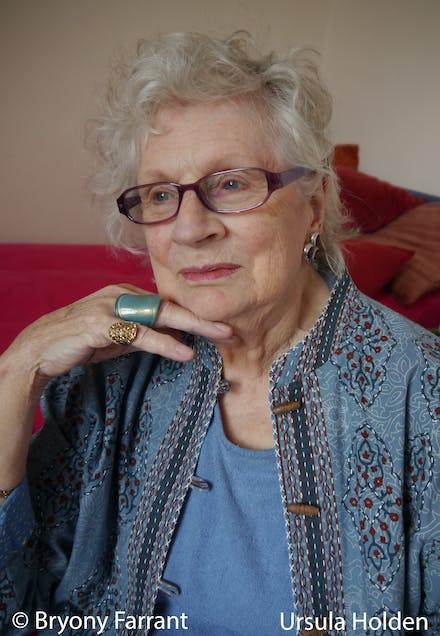 Ursula Holden (b. 1921) grew up in Surrey and attended a boarding school on the south coast. During WWII she was with the WRNS, and when the war ended she went to Dublin, where she worked as a model at the art school and met her husband. They returned with their two children to London, where a third daughter was born. The marriage ended in 1970. Holden worked at various jobs, took in lodgers and began to write. Alan Ross, poet and editor of the London Magazine, published her first three books, Endless Race (1975), String Horses (1976) and Turnstiles (1977), and a further nine novels followed, including the Tin Toys trilogy in the mid-1980s. Now living in a care home in west London, Ursula Holden still writes daily and contributes to the Oldie. In 2010 she was elected a Fellow of the Royal Society of Literature. 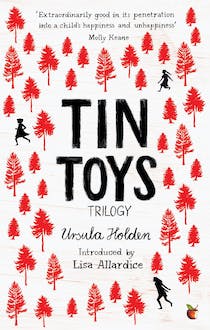