Gentlemen & Players: The Death of Amateurism in Cricket

Amateurs versus professionals - a social history of English cricket from 1953 to 1963.

Gentlemen v Players was a first-class cricket match, first played in 1806, which was subsequently an annual fixture at Lord's between teams consisting of amateurs (the Gentlemen) and of professionals (the Players).

The amateur was not merely someone who played the sport in his spare time, but a particular type of first-class cricketer. The key difference between the amateur and the professional was much more than one of remuneration whereby the one received expenses for playing and the other was paid a wage. It was shaped by English class structure through the perception that the amateur had a higher station in life and was therefore a class apart from the professional. The great Yorkshire player, Len Hutton, was asked to go amateur if he wanted to captain England.

This book focuses on the final ten years of amateurism and the Gentlemen v Players fixture, starting with Charles Williams' own presence in the (amateur) Oxbridge teams that included future England captains such as Peter May, Colin Cowdrey and MJK Smith, and concluding with the abolition of amateurism in 1962 when all first-class players became professional. The amateur innings was duly declared closed.

Charles Williams, the author of a richly acclaimed biography of Donald Bradman, was himself a first-class cricketer for Oxford University and Essex - and an amateur. His vivid social history-cum-memoir looks at the attempt in post-war Britain to recreate a Golden Age, one whose expiry exactly coincided with the beginnings of top-class one-day cricket and a cricket revolution. 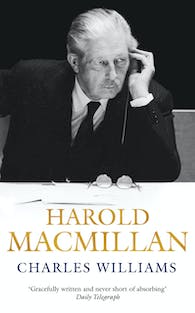 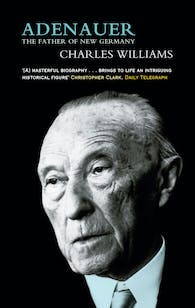 Adenauer: The Father of the New Germany 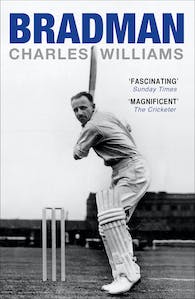 Charles Williams, Lord Williams of Elvel, former industrialist and banker and now a Labour peer, was appointed to a life peerage in 1985. He served on the Opposition front bench from 1986 onwards and was elected Opposition Deputy Leader in 1989. He is one of Britain's most distinguished biographers.