Carter Bays is an American television writer, producer and composer. He is best known for co-creating the CBS sitcom How I Met Your Mother, which ran for nine seasons and won ten Emmys. A native of Cleveland, Ohio, Carter now lives in Los Angeles with his wife, Denise Cox Bays, and their three children. 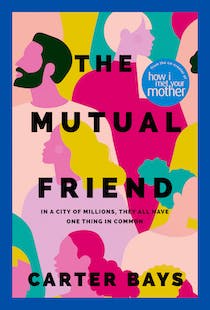 The Mutual Friend: the unmissable debut novel from the co-creator of How I Met Your Mother