CHRIS SUTTON is a former top-level football player whose playing days included spells in the colours of Norwich City, Blackburn Rovers, Chelsea, Celtic, Birmingham City and Aston Villa. His career highlights include winning five league titles, three Scottish Cups and the Premier League's Golden Boot. He has played in the UEFA Cup Final, as well as representing his country at an international level.

Since retiring from football, Chris has become the nation's most tell-it-like-it-is pundit. Not only is he a columnist for the Daily Mail and the Daily Record, but he is a senior co-commentator at BBC Radio 5 Live and a regular panellist on the Mark Chapman-hosted Monday Night Club.

In fact, Sutton is rarely off air, lending those forthright opinions to BT Sport's football coverage, as well as Radio 5 Live's Fantasy Football podcast. He is also one-half of the duo behind the station's flagship Saturday-evening football phone-in, 606. 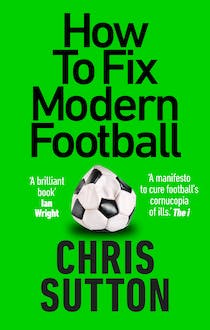 You're Better Than That!