Christine Porath is a tenured professor at Georgetown University's McDonough School of Business. She's the author of Mastering Civility: A Manifesto for the Workplace and co-author of The Cost of Bad Behavior. Christine is a frequent contributor to the Harvard Business Review, and has written articles for the New York Times, Wall Street Journal, McKinsey Quarterly, and Washington Post. She frequently delivers talks and has taught in various Executive programs at Harvard, Georgetown, and USC. Prior to her position at Georgetown, she was a faculty member at University of Southern California's Marshall School of Business. Christine's work has been featured worldwide in over 1500 television, radio and print outlets. It has appeared on 20/20, Today, FoxNews, CNN, BBC, NBC, msnbc, CBS, ABC, and NPR. It has also been included in Time, the Wall Street Journal, the Financial Times, Fortune, Forbes, NY Times, Washington Post, and L.A. Times. 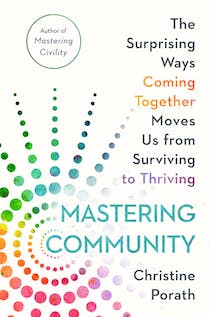 Mastering Community: The Surprising Ways Coming Together Moves Us from Surviving to Thriving 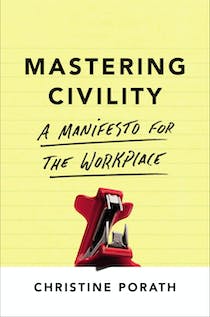 Mastering Civility: A Manifesto for the Workplace