The CatStronauts, an elite group of cat astronauts, are back in the fourth book in the full-color graphic novel chapter book series, this time working without Mission Control to rescue their friend Cat-Stro-Bot from Europa, Jupiter's frozen moon!

In the fourth book in the CATSTRONAUTS graphic novel series, the stalwart Cat-Stro-Bot is stranded, and the CatStronauts have to stage an off the books robot rescue!

Cat-Stro-Bot has been with the CatStronauts through it all. He's saved the team as a stowaway on their mission to the moon, brought the team back from a crash on Mars, and co-piloted the crucial shuttle in the dreaded space station situation.

But now Cat-Stro-Bot is stranded on Jupiter's coldest moon after a mission gone wrong--and his best friend/creator Blanket isn't about to leave him behind. When CATSUP brass declines a rescue mission request, Blanket creates robot stand-ins for the team. Soon, the rest of the CatStronauts, Major Meowser, Pom Pom and Waffles, are off on their longest journey ever with experimental new technology. The robot rescue is afoot!

In this full-color graphic novel, debut author/illustrator Drew Brockington takes the CatStronauts to the brink, adding in mounds of robot glitches, wonky cover-ups, and fish jokes by the ton! 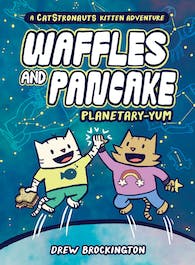 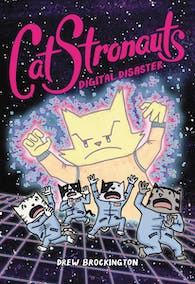 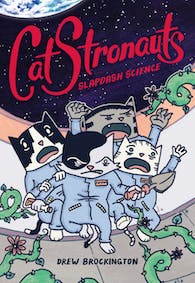 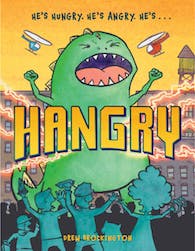 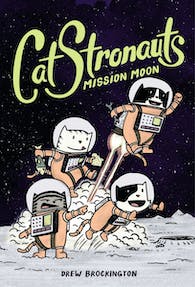 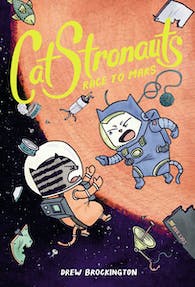